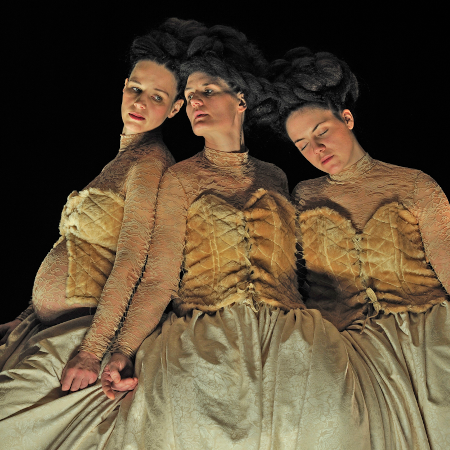 Three women are sitting side by side before a black background at an unusual height. Two of the women are kissing each other constantly. The third one is highly pregnant and looking in the direction of the audience. If one of them moves, the other two react.

The performance is conceived as a “society play“. The audience enterst he room. They find a scene like in a photo studio: black photo background, headlights with visible cables, seating construction. The three performers enter the room half dressed up. As soon as they are seated the costume designer and makeup artist join them and complete their costumes and hairdo. The performers are seamed together. A likewise monstrous and aesthetic body is being created.

The performance examines the relationship/dependency between the intimate body and the social body; the connections between productivity and sterility, power and powerlessness. She puts the question of the single person in the social organism. 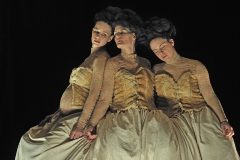 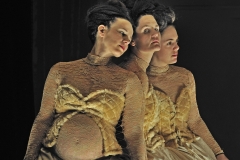 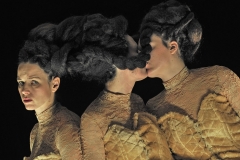 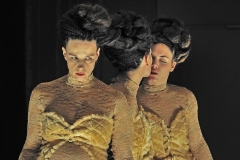 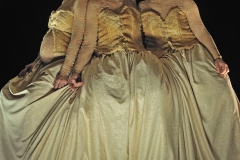