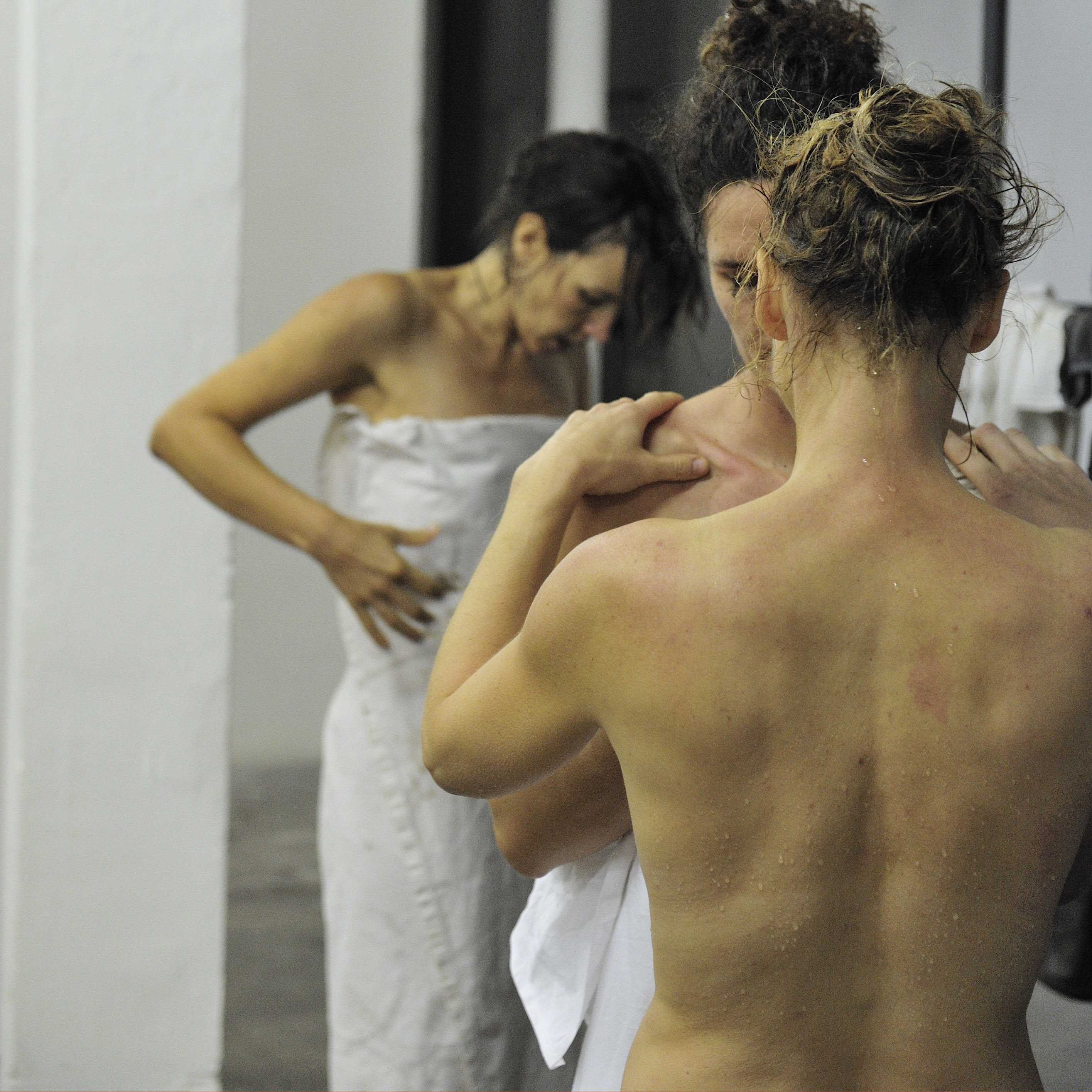 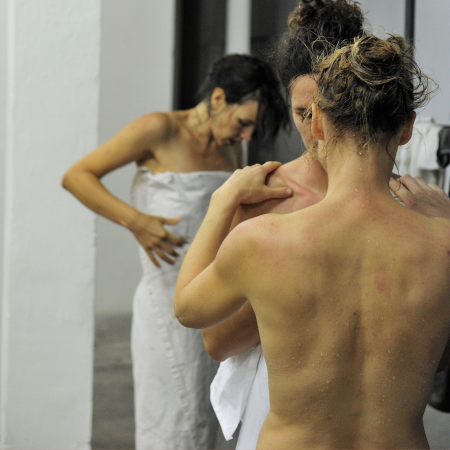 Three women perform for four hours without interruption operating with the elements of earth, water, and burned stone in a 100 square meter space.  The Audience can come and go as it pleases.  They are part of the space and are able to move freely.

The performers generate actions with and against each other in the principle of a chain-reaction.  Associations to universal pictures develop:
A sitting woman, carrying 50 stones, alludes to a Pieta who, after a time, collapses under the massive weight.
A wet, naked woman who repeatedly tries to create a form out of earth and water from her lap reveals for a moment the picture of the Virgin with child.
A third woman, who appears out of a mound of heart as if she has just escaped the grave, scoops the earth in a pail and scatters it in the whole room.  This implies the picture of one sowing the land and fertility.

The performance focuses on the endless circle of life and acting with construction and deconstruction in Sisyphus mode. 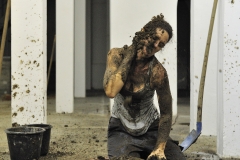 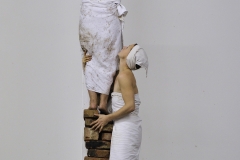 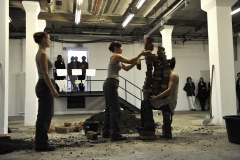 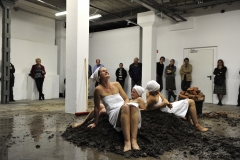 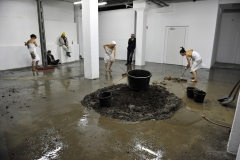 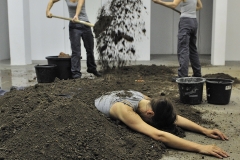